Enabler provide insights into the email marketing services provided to their client, Ralph Lauren, exploring how Enabler’s email strategy and software assisted in their B2C communications.

Did you know that more than 70% of the world’s internet users are not native English speakers? Or that 85% of internet users don’t purchase products unless the descriptions are provided for them in their native language? With statistics like these, it’s incredibly important to make sure you’re not only segmenting your emails properly but also making sure your customers receive your emails in a way they can digest.

It can seem daunting to think about getting the same campaign right in English, Spanish, French, German, Italian, Turkish or Chinese, but it’s important to get your head around how to do this and how to do it effectively – especially as studies have shown that it can have a direct impact upon ROI. Luckily, we’re here to help!

Adapting your email campaigns to accommodate different languages is just another way of making your emails accessible to your customers. The time and effort you put into making sure that your emails are mobile responsive and your CTA’s are clearly visible should be no different to the time you spend making sure your customers can read your emails… and that they make sense. It’s not simply a case of having a translator translate the emails word for word. You also have to consider how that would read back to someone who not only uses a different language but comes from a different culture to you.

Here’s an example. In this campaign, Ralph Lauren had to adapt the copy ‘CHRISTMAS EXPERIENCE’ in the English version into several different languages, including Turkish. Here is the top banner of the Turkish version.

You’ll see that they have used the word ‘KIŞ’ which means ‘Winter’. This is because Turkey is not a Christian country. What Ralph Lauren have done here is not only translated their email into the relevant language for the country it’s being sent to, but have also made it culturally relevant to the customers receiving it.

A key thing that Ralph Lauren did here was ask the question you should all be asking when marketing to a new country: ‘will they get it’? You need to ask this question no matter what area of marketing you’re in. What should the people in your emails be wearing that’s culturally relevant? What sort of language should you be using? What events should you be promoting? Not only this, but you’ll have to do it all whilst promoting the same product. So how can you approach this?

The first thing to do is look at managing your data. If you’ve already segmented your subscribers by language or country – great job, you’re halfway there! If not, you’ll need to focus on campaigns which survey your customers (for example, by using a simple preference centre) before you start sending localised campaigns. Having said this, there are ways to send localised campaigns without having perfect data lists.

The next thing to think about is exactly what content you’re going to have in your emails – specifically the copy. When translating from English to many other language s, you’ll find the amount of characters required in languages such as Spanish far surpass the requirement for the English language. This means you’ll need to keep an eye on the length of your subject lines and pre-headers, as well as the overall design and content length of your emails.

This also applies to CTAs. A call to action like ‘find an outlet store’ is short enough in English but in Spanish this becomes ‘Buscar una tienda outlet.’ Of course, you can always go down the route of using different copy for different languages.
You may also find you run into problems with character encoding. If you try and put an e acute (é) into HTML, it will often throw an error at you. There are a number of ways to get around this. Firstly, make sure you’re using UTF-8 character encoding where possible, and also make sure you’re using the correct codes for special characters.

Time zones are also something to bear in mind when sending worldwide emails. Just as working days in China won’t be the same as working days in the UK for obvious reasons, even countries in the EU can be a problem. Consider the Spanish working day, there’s usually a siesta break in the afternoon, so it’s always useful to consider this sort of information. Asking a native usually helps!

It’s also important to understand the legal side of sending. Laws around data and when you can and can’t send to customers vary in different countries . For example, in the US there’s the CAN-SPAM Act which will provide you with guidelines on when you can and can’t send. In Canada there’s the CASL, which is more strict on opt-in consent than other countries. The EU deals primarily with only emailing subscribers with which you hold an existing business relationship. Australia has a Spam Act, and China is definitely one to watch as it’s incredibly strict – especially when it comes to subject lines. It’s definitely worth looking into the laws of anywhere you’re planning on sending to before you do.

Finally, if you’re going to attempt any sort of email marketing strategy involving localisation, I implore you to make sure it runs through the rest of your marketing. For example, there’s nothing more frustrating than receiving an email in your native language, then clicking through to find a landing page that’s only in English.

Overall, localising your emails can be of great value to both you and your customers. Even just taking steps towards localising your emails can help you build richer data on your customers. This is a win-win situation for everyone. Customers will receive more targeted and relevant emails and this should, in turn, boost your results. So, if you’re going to attempt localisation in your emails remember to be legal, content clever, have a great translator, and be really consistent with the overall customer journey. Ciao! 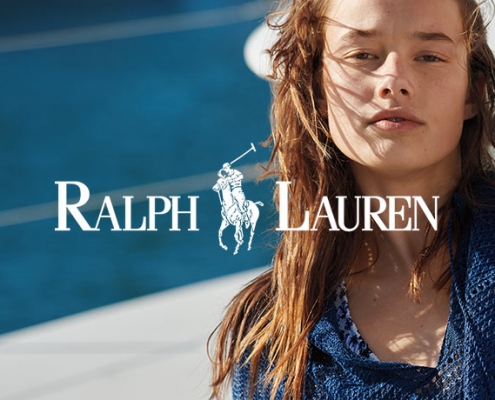